After 20 years in customer support, I think it's safe to say that I have seen my share of angry customers. Though there are different levels of anger and varying displays of frustration, there are similarities in every single interaction with an angry customer.

In this series, we will try to understand the signs of anger and some techniques for getting through those tough engagements, but first, let’s do a quick review of the science.

The human brain is the command center, with three separate regions:

1. Brain Stem – Controls bodily functions including breathing, reflexes, and the heartbeat. This is the first region to develop.
2. Amygdala – The center of emotional memory, where “fight or flight” reactions develop. This region can’t decipher reality from perception.
3. Neocortex – The part of the brain that thinks, solves problems, and makes decisions.

The brain is made up of as many as 100 billion nerve cells and trillions of connectors and synapses (gaps across which impulses pass by diffusion of a neurotransmitter). This means there are a lot of things happening in the brain anytime you interact with someone.

The instant an interaction initiates, your brain starts processing. The problem is, that in order to make a rational problem-solving decision in the neocortex, the activity has to first move from the amygdala, which is why many people react emotionally in stressful situations. This is very difficult, especially without conscious awareness that the stress you suddenly feel has been triggered by a confrontation.

Once an encounter has resulted in a high stress or frustrating experience, there are several steps your brain undertakes to process the situation:

1. You quickly build up cortisol, the stress hormone, in your system and your thoughts move from cognitive problem solving in the neocortex into the emotionally-centered amygdala.
2. This results in your brain focusing on that one thing that triggered the stress.
3. Now you are no longer making rational decisions, but reacting with your inner "caveman."
4. Often, there are physical triggers to tell you that you are getting ready to lose it. These include sweating, heart rate increase, shaking hands, and twitching.

To create an atmosphere of transparency, let me share a growth opportunity of my own. I try to keep my emotions in check by paying attention to my physical responses, but I will volunteer an area that I need to work on and that is driving. Here's the scene:

What are my triggers? My jaw begins to tense up (you can actually see a small muscle knot up in the back of my jaw) and the blood rushes to my head (face flush and a vein begins to surface on my temple). What is my usual response to this trigger? If I catch it in time, there is a small window for recovery (back to the neocortex). But if I let it continue without consciously allowing my rational brain to think, my driving skills for the rest of the journey are compromised.

Do you know your triggers? Think about the last time you “lost it,” and how quickly things escalated into a stressful situation.

Studies have shown that it takes about 20 minutes after you lose your cool to get back to a normal state of thinking. Both cortisol and adrenaline have to reduce before this can happen.

Now that we’ve looked at what’s happening in the brain, we have a better understanding of what happens when customers begin to lose their cool.

If you are aware of your triggers, you can start to identify triggers in others. You may notice changes in their vocal tone, long pauses in between sentences, or they may just start screaming. The quicker you can identify triggers, the more adept you will become at restoring sanity and rationality in confrontations with customers.

In Part 2, we'll look at some key, repeatable processes and tips that can be used to deal with high-stress situations, enabling you to diffuse the bomb before it explodes. 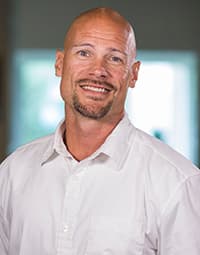 Darrin Smith has worked in service and support for a variety of industries including online gaming and mobile phones over the past 20 years. With ECI for over 4 years, Darrin has serviced in various support and services leadership roles and is currently the Director of Customer Experience for ECI.