As Big LBM Companies Get Bigger, Independents Are Challenged to Get Better

These are boom times for sign companies that count LBM operations as clients. Through early December, we have seen nearly 200 construction supply locations nationwide change owners, and by year-end, roughly 150 BMC locations will begin to carry the Builders FirstSource banner. In addition, roughly 50 greenfield locations have opened for business—all of them presumably needing signage, too.

It’s not just the frequency of these changes but also their size that matters: Harvey Building Products, Zeeland Lumber, and TW Perry all are top-75 companies that are being absorbed into Lansing Building Products, US LBM, and BMC, respectively. And when Kodiak Building Partners took in Carpenter Contractors of America, it doubled its employee count. LBM appears to have entered a new era of consolidation.

You might recall hearing this same story before, back 15 years ago when operations like Stock Building Supply and ProBuild ballooned into giants by gobbling up scores of companies. You might also be hearing skepticism about how long these new behemoths will survive, given how ProBuild and Stock both collapsed. It has long been a matter of faith that, to cite veteran LBM observer Greg Brooks, you’d be hard-pressed to find a dealer that’s doing better today inside a conglomerate than it accomplished when it was on its own.

I’m not so sure that assertion holds up today. There are several reasons why:

Small dealers like to claim they are nimbler and have stronger ties with customers than the big companies do. Both are true, but those advantages are worth less today. Because technology helps big dealers get a better handle on the cost of serving each customer, they can quote more individualised (and yet profitable) prices. Meanwhile, customers’ increasing preference for digital rather than personal communication means that the dealer who provides a better online experience has better odds of winning the job.

What to do? Lucky for you, most of the technology tools you need to fight back already are at your disposal; you have to learn how to use them. Do this:

If you want to remain independent, you have a good chance for success so long as you don’t underestimate that big bear of a competitor coming your way. Bears may be big, but they can run fast, too. 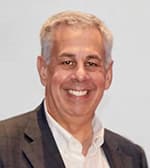