As Chairman, Ron works closely with both the ECI leadership team and Board of Directors on driving the strategic mission and vision of the company. He was the thirty-second employee hired at ECI Software Solutions in 1999 when it was a start-up company with almost no revenue. Since then, his background in sales and in-depth industry knowledge has been integral in helping the company become a global enterprise that does north of $240mm in annual revenue. Ron served as Vice President of Sales before his promotion to Senior Vice President of Operations in 2004 and then Chief Operating Officer in 2006. He became Chief Executive Officer in early 2009, and Chairman in 2021.

Before ECI, Ron was with Lucent Technologies and served in the Clinton administration. His heart, however, has always been with SMBs as his first job was in his family’s small distribution business. ECI has allowed him to pursue his passion for helping independent business owners.

Having grown up in Pittsburgh, Pennsylvania, Ron, an avid sports fan, loves the Pirates, Penguins, and Steelers. In addition to watching sports, he spends time with his wife, Jennifer, and their two sons, Cole and Brett. The family loves pets and currently has three cats and three rescue dogs. Ron’s favorite is Chunk the blind Pug, whom they adopted from a local DFW shelter. 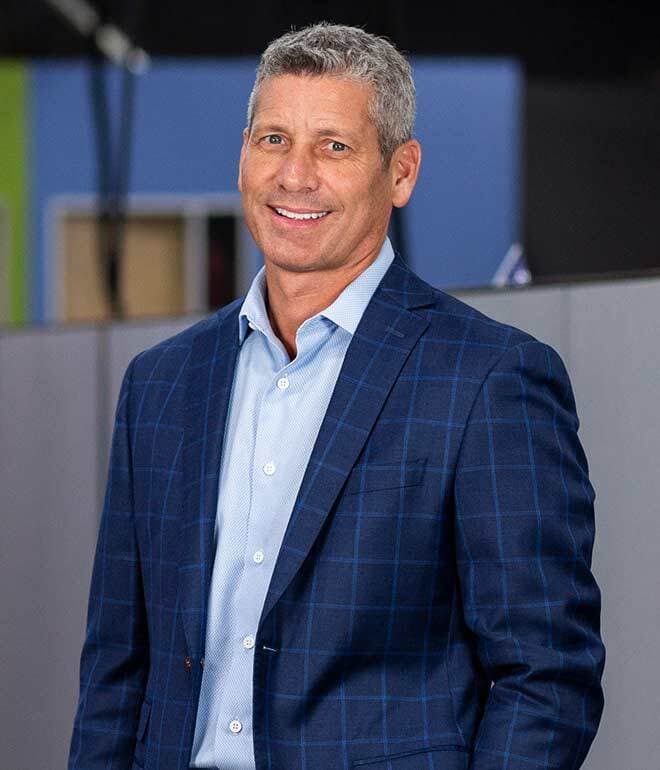